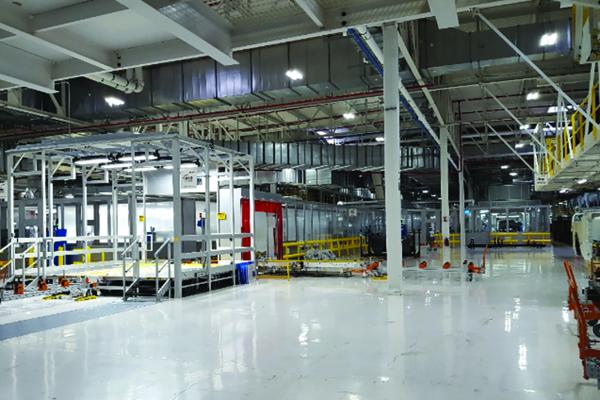 The Sterling Heights facility, producing jet engines for the U.S. Army, has undergone extensive overhauls and re-tooling in the last decade. In 2010, Stellantis announced it would invest nearly $850 million in a new state-of-the-art paint shop at the SHAP Site, as well as the installation of new machinery, tooling and material-handling equipment. The following year, the company added another $165 million to the investment to build a one million-square-foot body shop.

By Subodh Chaudhari, E.I.T, CEM, CPEnMS, and Senthil Kumar, CEM, Hudson Technologies
The chilled water is generated in the central plant and then transported through a piping network to cooling coils (air handlers), or to point of end-use in processes. Facility directors and energy managers are always chasing multiple goals - satisfying all the customers, maintaining a high-level of reliability and minimizing energy spends with varying demand and weather. Therefore, many modern plants employ a good chiller optimization package such as Hudson Technologies’ SMARTenergy OPS® in conjunction with Building Automation Systems (BAS) to optimize the chiller plants.
[ Read Full Story ]

By Staffan Akerstrom, P.E., CEM, and Paul Tate, P.E., LEED AP BD+C, Enpowered Solutions, LLC.
Have you ever woken in the middle of the night in a cold sweat wondering if your plant is using more energy than it should, putting you at a disadvantage as compared to your competition? Even if your energy monitoring or energy management system is in place you may not have the required insight to improve your performance and keep you competitive.
[ Read Full Story ]

By Rajesh Dixit, Johnson Controls
Absorption chillers have been around for more than 75 years, with several thousand chillers operating successfully all over the world today. Yet myths about cost, operation and performance surround this technology, particularly in North America. Look beyond the myths and you’ll discover absorption cooling technology can be efficient, cost-effective, flexible and reliable.
[ Read Full Story ]

By Rick McElwee, Project Development Engineer, Daikin Applied
While the chiller is the heart of a chilled water system, its support system of components and controls are equally critical to maintain and manage to ensure the highest system efficiency levels are attained. Emphasis is often placed on the chiller since it is the most visible and typically the highest energy element of a chilled water system. Yet, if you look beyond the flanges, there’s an opportunity to improve delivery of chilled water to the airside or process loads and maximize system efficiency.
[ Read Full Story ]