If you enjoy the occasional beverage from an aluminum can, there’s a decent chance the can was made by Ball Corporation, a container manufacturing giant with facilities across the world. The company’s facility in Saratoga Springs, New York, services beverage companies throughout the northeastern United States. The plant operates four production lines producing millions of aluminum cans per day.

Ball’s Saratoga Springs plant has a long track record of improving energy efficiency. It is also an active participant in the Environmental Protection Agency’s ENERGY STAR® program.  A recent project involved the engineering team implementing a heat recovery project. This involved using a heat exchanger to simultaneously reduce the load on the cooling tower and hot water heaters.

The Saratoga Springs plant has a closed-loop cooling system circulating water through air compressors, air dryers, a vacuum pump, decorator inkers, and various other heat exchangers. The cooling system removes heat created during various manufacturing processes. Hot water is transferred to a cooling tower, placing significant demand on the tower. During periods of high humidity — with ambient temperatures in the upper 80s — the temperature of the cooling water returning from the tower reaches 90°F. During those design-day conditions, the system can experience heat pump drop-outs, air compressor inefficiencies, and compressed air dryers faulting due to high temperatures. 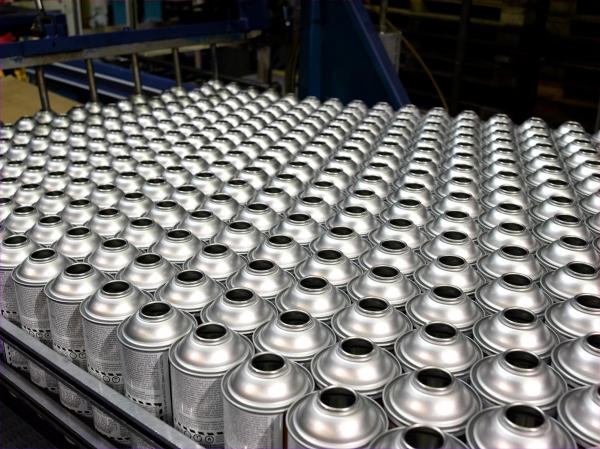 “We have an Evapco closed-loop cooling tower, and we were right at the capacity of that cooling tower in the summer time, around August, when it’s humid and it’s hot,” Nelson told us. “Our heat pump system in the offices would sometimes kick out, and once in a blue moon we’d get to the point where one of our pieces of support equipment — like an air compressor — would want to kick out on high temp.”

Obviously, Nelson wanted to ensure the comfort of the employees working in the offices. However, if an air compressor went down, production stopped, making it even more important to either replace the cooling tower, or reduce its load. With so much depending on the cooling loop, the cooling tower’s capacity needed improvement. However, the capital expenditure for increased cooling tower capacity would have been expensive. Instead of replacing the tower, the engineering team at Ball Corporation carefully evaluated other options. Conveniently, another Ball plant was divesting itself of a heat exchanger, which Nelson creatively put to use at the Saratoga Springs plant.

“I didn’t want to spend a lot of money to expand the cooling tower capacity,” Nelson explained. “One of our sister plants was putting in some cooling towers, and they had an Alfa Laval heat exchanger they were not going to use anymore.” Incoming makeup water from the city system is typically 55 degrees Fahrenheit. The team set up pipes to transport this water to the new heat exchanger and installed temperature and pressure gauges. Using this heat exchanger has resulted in a 10°F reduction in the temperature of water returning to the cooling tower.

Reducing the cooling tower load has had a number of other benefits. The cooling tower’s two 25-hp fans can now run at lower speeds, and the makeup water needed for the evaporation process has been reduced.

“The fans are running at a lower speed, and the makeup water volume is down,” Nelson told us. “More importantly, in the summer time when there’s the max load on the cooling tower, we’re not at the max capacity on the tower, so our office heat pumps aren’t kicking out.”

The heat recovery project has also yielded other benefits. The heat generated inside the heat exchanger is used to pre-heat the incoming water to certain production applications requiring heated water. This has reduced the natural gas consumption of the boilers. 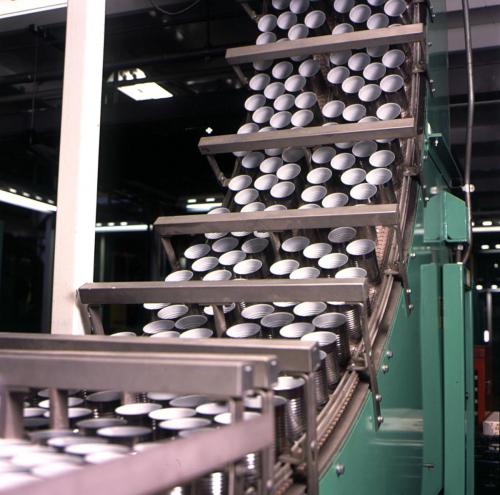 The engineers at Ball Corporation achieved energy savings with a heat exchanger, lowering demand on a hot water heaters and the cooling tower simultaneously. The cleverly engineered system has also improved the efficiency of the compressed air system, as it is now receiving cooler chilled water.

With a heat exchanger procured from another facility, the only additional costs included piping and freight costs. The engineers at Ball expect to hit an excellent ROI target. Also important to note, the ambient conditions of the office building next door are no longer impacted by the dog days of summer.

To read more about Sustainability at Ball Corporation, visit www.ball.com/sustainability.