It’s no secret the craft beer market has grown dramatically in North America.  Local breweries and brewpubs are popping up across all regions of the United States as consumers seek unique, flavor-rich brews.  In fact, according to the Brewers Association, the trade association representing small and independent American craft brewers, in 2015 the number of operating breweries in the U.S. grew 15 percent, totaling 4,269 breweries – the most at any time in American history.  With more breweries than ever before, small and independent craft brewers now represent 12 percent market share of the overall beer industry*.

As the number of breweries in the United States continues to rise, so does the need for equipment designed to handle critical process operations in brew houses.  Motivair Corporation, based in Buffalo, New York, recently completed the installation of a large screw chiller with integrated free-cooling for von Trapp Brewing in Stowe, Vermont.  The brewery, which opened its new 30,000 sq. ft. facility in 2015, is capable of producing up to 60,000 barrels of beer annually, according to its website. 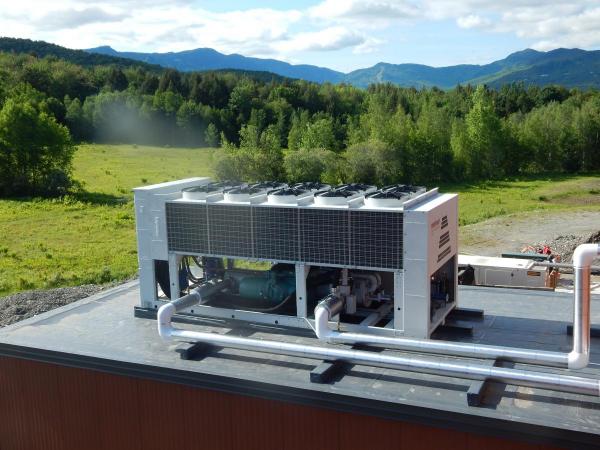 Because of the brewery’s geographical location in the northeast, a low-temperature chiller that could operate year round without any issues was critical – a substantial design range to ask of a low-temperature air-cooled chiller.  The solution?  A free-cooling chiller offers optimal energy savings and reliable performance in varying ambient temperatures.  Thermal Environment Sales worked with design firm Pearson & Associates, Inc. (Stowe, VT) who selected Motivair Corporation’s MLC-FC large screw chiller for the job because of its free-cooling capability.

The free-cooling option, available on all Motivair MLC models, comes standard with an advanced programmable logic controller (PLC).  The high efficiency screw compressor plant is designed to cool the designated heat load during the summer months and then when ambient temperatures fall overnight or during cooler seasonal weather, the integrated free-cooling system is automatically activated.  The change from mechanical to partial or full free cooling is both seamless and transparent to the operator.

The system operates by directing the return chilled glycol through the free-cooling coil, before it enters the evaporator.  This is achieved via an automatic motorized valve, controlled by the PLC, whenever the ambient falls below the return chilled glycol temperature set point.  The glycol is either partially or completely cooled in the free-cooling coil for maximum energy savings.

Motivair’s proprietary design provided the von Trapp Brewery with year-round energy savings, but especially in the cooler months. The free-cooling feature allowed for 100 percent free cooling at 5°F, but also protected the refrigeration circuit from the cold, sometimes frigid temperatures in Vermont, since the refrigeration plant does not need to be utilized below 5°F.  This avoided low refrigerant head pressure and startup problems.  Allowing the compressors to stage off in cooler weather drives overall chiller efficiencies and dramatically reduces natural wear and tear on chiller components.  Automatic switching between mechanical cooling and free cooling provides for optimal performance year round, and there is an added level of redundancy should any mechanical refrigeration components fail in the cooler months.

Also, the proprietary chiller design places the free-cooling coils in the front of the condenser coils, allowing the largest possible free-cooling-coil face area with low airflow resistance.  This ultimately minimizes required fan power on the chiller. 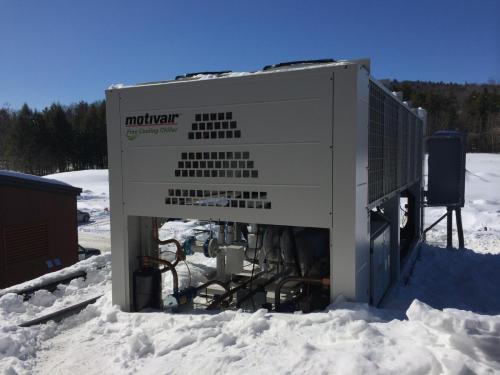 Energy savings are substantial, in geographical areas with cooler winter months such as Stowe, VT, with a free-cooling chiller.  The compressors stage off in cooler weather, further driving overall chiller efficiencies.  Wear and tear on chiller components are significantly reduced, due to fewer start-ups and running hours during winter months.  Automatic switching between mechanical cooling and free-cooling is seamless, which allows optimal  performance year round.

Microbreweries are famous for putting their own twist on a standard beer. Due to the nature of their business, von Trapp Brewing required 28°F chilled water temperature, which is lower than what could be achieved from commercial-grade equipment and still operate properly.  Motivair was up for the engineering challenge. 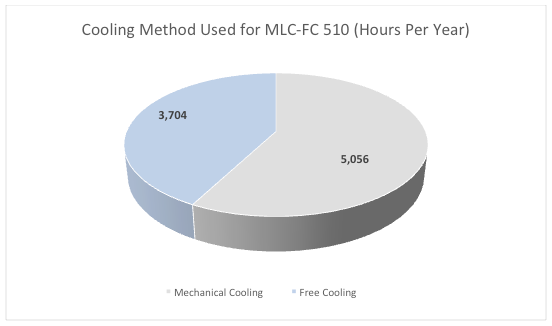 The MLC-FC 510 used in this application featured two semi-hermetic screw compressors, each of which absorbs 110 kW (at 90 F design ambient air temperature). At an average commercial power cost of 14.39 per kilowatt-hour in Vermont**, vonTrapp Brewing is estimated to save approximately $20,000 per year, compared with the costs associated with a standard winterized chiller.  Eliminating winter compressor operation and using a free-cooling chiller, savings are estimated at approximately 85.3 percent of the power costs normally associated with mechanical cooling during the coldest months.

The only requirements for free-cooling chillers are an outdoor location and the addition of glycol to the cooling loop.  Installation cost is minimal and the only connections required are those for chilled glycol and electrical power.

Motivair’s free-cooling chillers will continue to be the optimal solution for year-round critical cooling loads that depend on systems to provide a reliable source of chilled water, which can improve overall system uptime and efficiencies. 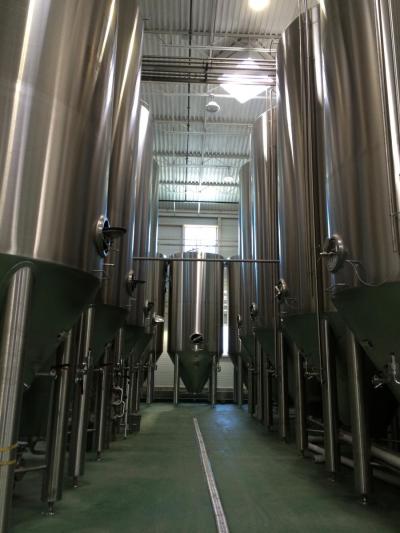 In 2010, von Trapp Brewery officially opened at the Trapp Family Lodge in Stowe, Vermont.  The brewery moved into its new 30,000 sq. ft. facility in 2015 and currently brews around 60,000 gallons of lager each year.

Motivair Corporation, based in Buffalo, NY (USA), is a globally recognized supplier of specialty chillers and cooling systems providing innovative solutions for customers in industrial, commercial, public and private sectors around the world.  For more information, visit www.MotivairCorp.com.

It was more than a decade ago when Johannes von Trapp started thinking about starting a brewery at his family’s lodge in Stowe, Vermont. He had a dream to brew an American version of the tasty lagers he enjoyed so much during trips to the countryside near his ancestral Austrian home.  With this dream in mind, Johannes worked to start a brewery at Trapp Family Lodge. It became a reality in the spring of 2010, when von Trapp Brewery officially opened. The brewery was originally located in the lower level of the Trapp Family Lodge, and then moved to its new 30,000 sq. ft. brewery on Luce Hill Road in 2015.  The new facility currently brews around 60,000 gallons of lager each year, with brews available year-round and seasonally. For more information, visit www.vontrappbrewing.com.