This article contains pieces from an audit report developed for a fish processing plant located in Yangon, Myanmar. It is located in the Thinbawgin Ward of Dawbon Township in Yangon, Myanmar.  The objective is to show factories the information they may want to have gathered on their refrigeration systems and supporting cooling systems.

The fish processing plant carries out cutting and filleting of fish; imported fish as well as fish from local suppliers. In the year 2016 the production totalled 336,382 kg. The electricity consumption accounts for just under 800,000 kWh/year of which about 70% is consumed by the refrigeration plant (compressors) or energy consuming equipment (e.g. fans and pumps) related to the freezing of the final products.

The total energy saving potential is estimated to be approximately 18% of the electricity consumed by the refrigeration plant (in 2016: 543,637 kWh) divided between the following opportunities – see table 1. 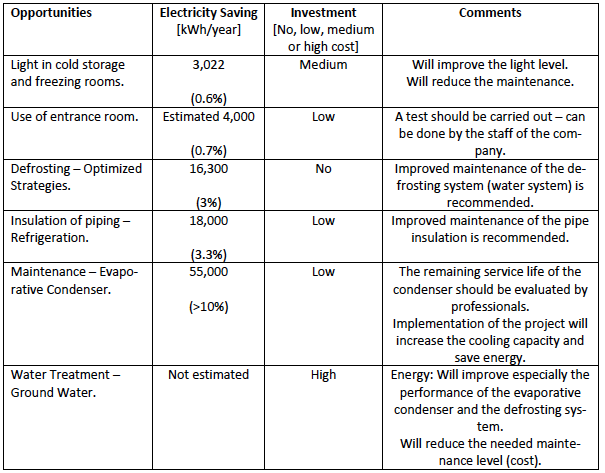 The Energy Intensity Baseline for Refrigeration

The company records the production in [kg] on a daily basis. The production consists of the five following main products:

In the baseline calculation the total production in [kg/month] is applied as an indicator for production. The electricity consumption accounts for just under 800,000 kWh/year – in 2016: 780,230 kWh.

Note: Electricity generated at the GenSet (diesel generator) associated with power outages are not included in the calculation since the company does not record any GenSet data; e.g. hours of operation, diesel consumption or kWh’s produced.

The table and the graph below (table 2 and figure 2) show the total production and electricity consumption compiled on a monthly basis. 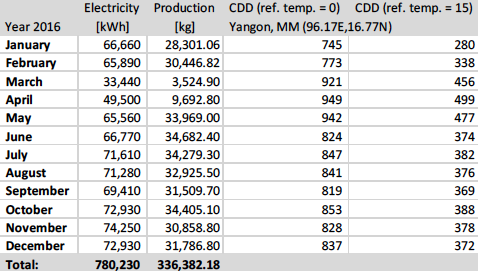 Table 2. The table shows the total production and electricity consumption compiled on a monthly basis. 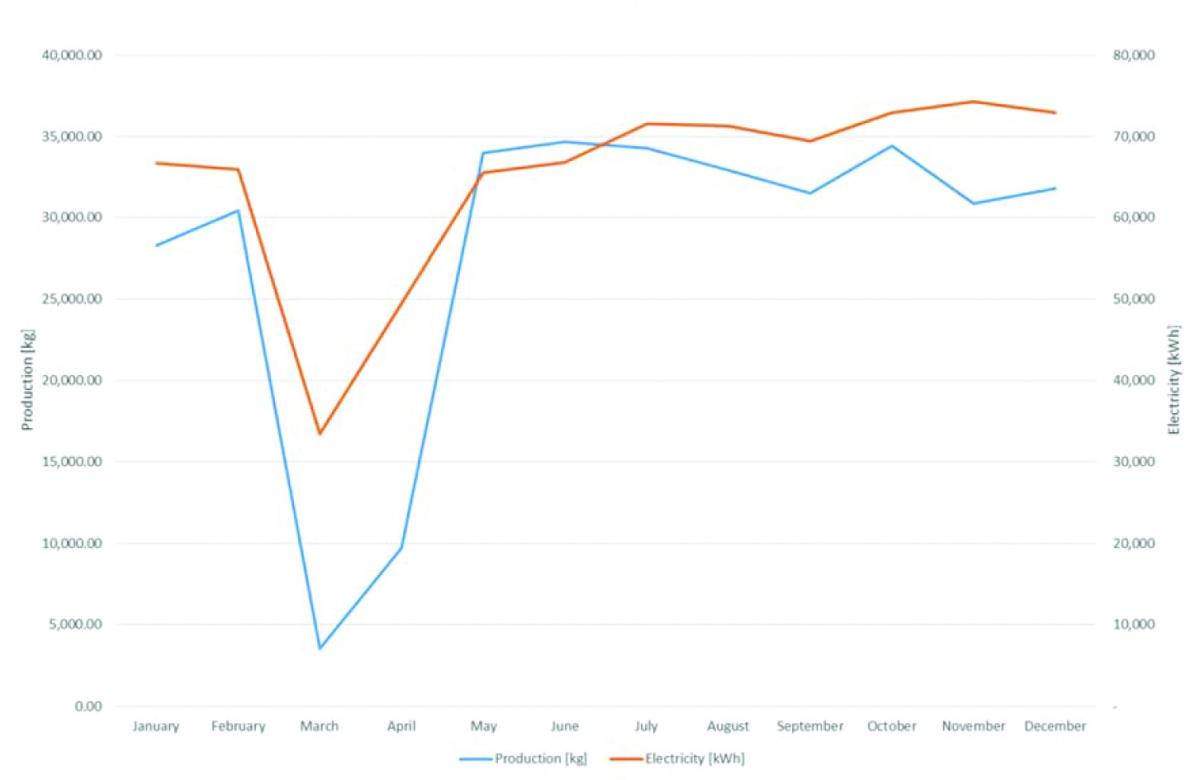 Figure 1. The graph shows the total production and electricity consumption compiled on a monthly basis. Click here to enlarge.

The refrigeration plant is a two stage, closed intercooler ammonia (R717) system consisting of three reciprocating compressors of the brand MYCOM (see Figure 2), gravity flooded evaporators and an evaporative condenser (cooling tower). The plant is estimated to be approximately 20 years old and is in an acceptable maintenance‐related condition. However, the system is insufficiently instrumented, and certain essential instruments do not work or is assessed to display wrongly (not calibrated).

Piping and instrumentation diagrams/drawings (P&ID) do not exist anymore, so it was considered necessary to make the following schematic illustration (see Figure 3) of the functional relationship between piping and system components.

The cooling performance is distributed to four “consumers” – Cold Store 1, Cold Store 2, a blast freezer and a flake ice machine. 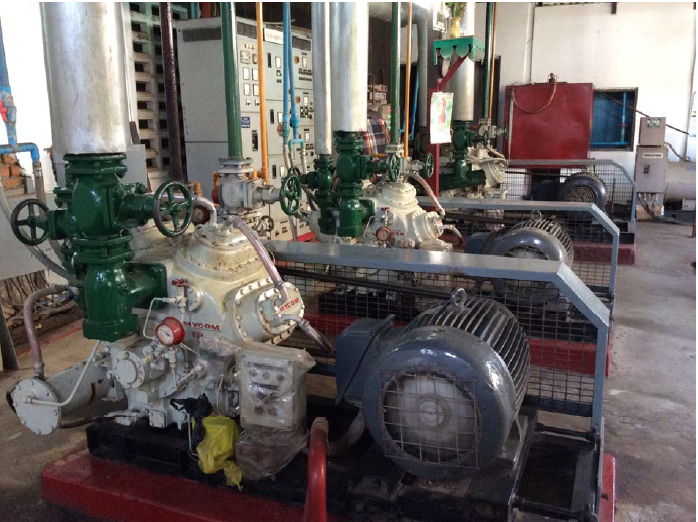 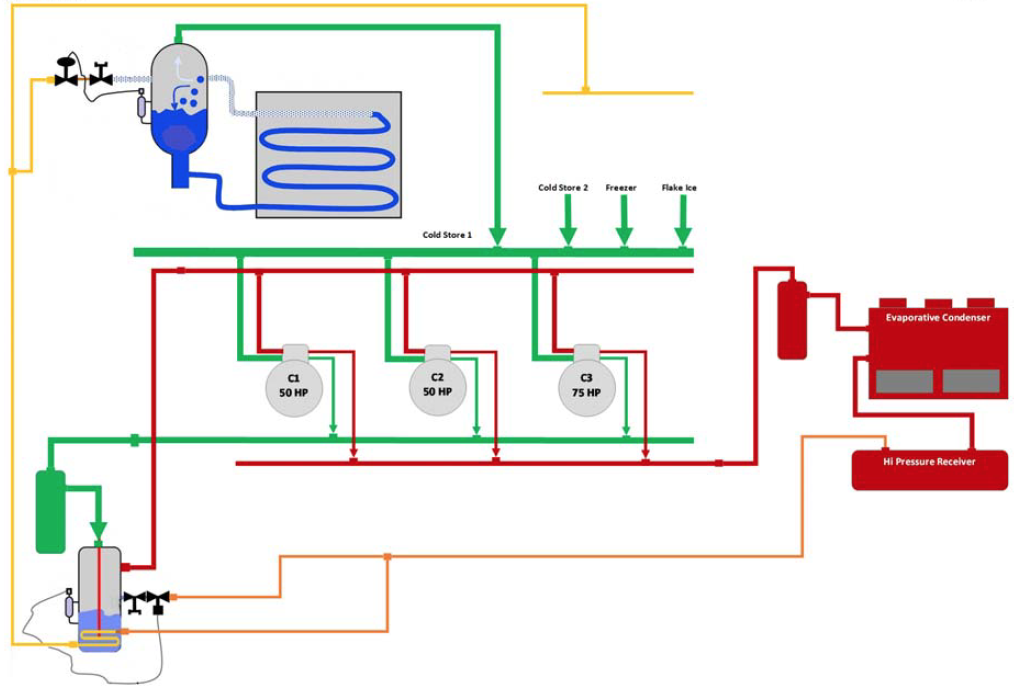 Figure 3. A schematic illustration of the functional relationship between piping and system components. Click here to enlarge.

The production takes place in the period 8am‐5pm on workdays, six days a week. There will be public holidays in March and April – consequently the total production time is estimated to be approximately 2,400 hours/year.

Based on interviews of the staff of the company and a number of short‐time measurements with a Fluke Power Analyser and ACR amps and temperature loggers, a baseline has been calculated concerning the electricity consumed by the refrigeration plant on an annual basis – see table 3. 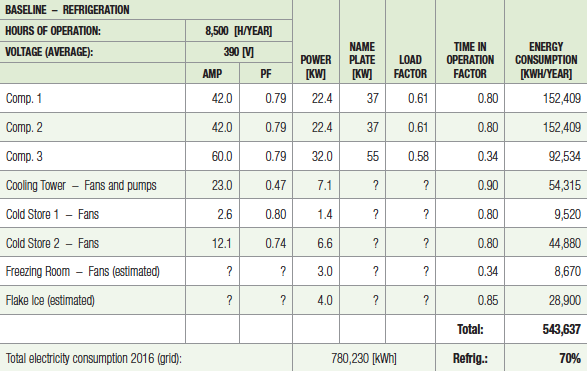 The primary concern with refrigeration and air‐conditioning pipe and ductwork is that surface condensation may occur. Condensation not only accelerates the rate of pipe corrosion but can also severely impact on the heath of building occupants. Insulation used on refrigeration and air‐conditioning pipe and ductwork must prevent condensation and extend the working life of pipework whilst also restricting energy loss.

It is recommended to use jackets for insulated pipes where appropriate (incl. bends, fittings, flanges etc.) to protect against mechanical impact, sun light, birds etc. Insulation of cold systems should be made with micro‐cellular cross‐linked polyethylene foam with low water vapour diffusion. The insulation thickness of chilled water, refrigerant and brine systems should not be less than indicated in table 4.

During the examination, it has been estimated that approximately 8% of the total cooling capacity equivalent to 3.3% of the electricity consumed by the refrigeration system can be saved. A simple payback calculation should be made based on annual operation, electricity price and cost price of the improved/new insulation.

In relation to the heat transfer (thus the efficiency), it is essential that the evaporative condenser is kept clean and that the water used is treated water, including the condenser is maintained regularly and operated correctly. The evaporative condenser, as its name implies, evaporates water in order for heat transfer to occur. However, this process leaves behind impurities. A dirty condenser will cause the condensing pressure increases ‐ hence the compressors will consume more power.

The condenser at the plant is dirty and needs a thorough cleaning. There is a significant layer of scale on the condenser – in the magnitude of 1‐3 millimetres (1/16 inches = 1.6 mm). The most common form of scale deposited on piping and heat exchangers is calcium carbonate (CaCO3). Calcium hardness and carbonate alkalinity are naturally dissolved in water typically used for evaporative cooling make‐up. However, the amount of calcium carbonate in a given water supply can vary widely depending on water source.

The terms “Hard Water” and “Soft Water” typically refer to the amount of calcium and magnesium found in the water. Hard water is high in calcium and/or magnesium while soft water is low in these minerals. Even minimal amounts of scale on the condensing coil surface will affect the performance of evaporative condensers. 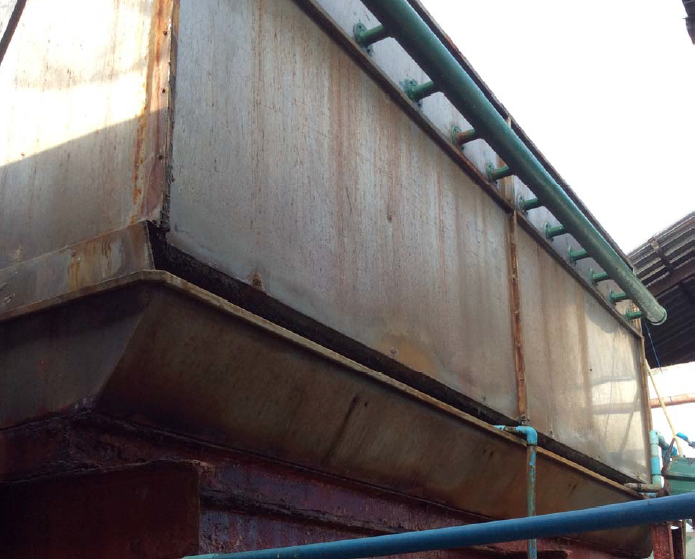 Keeping surfaces clean within a cooling tower or evaporative condenser not only ensures that the thermal performance is optimised: it also avoids the growth of biofilm and harmful bacteria, including legionella. Cleaning is not a substitute for water treatment but part of an overall programme for effective bacteriological control.

It is recommended that cooling towers and evaporative condensers are cleaned at least once a year or twice as per country specific legislation requirements. The company has expressed concerns in connection with a thorough cleaning of the condenser since it is assumed to be corroded in some places and may subsequently be leaking. The condenser has previously been changed due to corrosion – another argument for better water treatment as this helps to maximize the service life of the equipment.

Only a thorough cleaning does not solve the problem. A well designed water treatment program has to be implemented. Which treatment of the water is the correct, must be based on an analysis of the water – including the choice of the filtration method, e.g. a sand filter.

Another important issue is the “blowdown” or the “bleed rate”. The concentration of total dissolved solids (TDS) will increase in the closed‐loop system as the water evaporates. Bleeding off the system water by blowdown or purging is usually necessary to prevent scale building up in cooling towers and evaporative condensers, which can impair efficiency or structurally damage the unit.

Typically, TDS concentrations in the cooling water should be no more than 2,000 – 3,000 mg/litre, but this will depend on specific operating conditions. Blowdown can be controlled manually, by timer or automatically. Automatic methods are usually based on conductivity measurement, which is proportional to TDS concentration. Using an automatically controlled system is preferable because TDS concentrations are monitored constantly, resulting in smaller volumes of water being blowdown more frequently to maintain the concentration within the desired range, minimising the total amount of water discharged.

For example, for water with an average TDS concentration of 400 mg/litre and a required maximum TDS in the cooling water of 2,000 mg/litre:

Blowdown is usually discharged to drain, but there is an increasing trend to re‐use this water provided that the water quality allows.

The company uses a “second quality” of water in connection with defrosting and as make‐up water to the evaporative condenser. The water is pumped up from the underground (own well) and then filtered in the reservoirs. The filter material is rice husk. At first sight, the water looks pure, but contains presumably quite a lot of minerals, e.g. calcium carbonate (CaCO3) – “Hard Water”. The terms “Hard Water” and “Soft Water” typically refer to the amount of calcium and magnesium found in the water. Hard water is high in calcium and/or magnesium while soft water is low in these minerals.

A well designed and consistently implemented water treatment program will help to ensure efficient system operation while maximizing the equipment’s service life. The treatment of the water, which is correct, must be based on an analysis of the water – including the choice of the filtration method, e.g. a sand filter. Concentration ratios of around 3:1‐5:1 are typical for many cooling tower and evaporative condenser installations, but these will depend on feed water quality and optimal TDS or specific ion (e.g. chloride) levels. To prevent scaling and minimise blowdown, most makeup water will need some form of pre‐treatment, which include:

Water treatment is a science in itself and it is outside the scope of this report to address the issue further. Note! If a chemical water treatment program is used, all chemicals selected must be compatible with the units materials of construction as well as other equipment and piping used in the system.