Pagliuco has a wealth of experience in energy management having served in energy leadership roles at leading pharmaceutical companies such as Schering-Plough Corporation and Merck, as well as Allergan, which AbbVie recently acquired. He spearheaded numerous energy-initiatives that gained wide-spread recognition for several companies from the U.S. Environmental Protection Agency’s ENERGY STAR® program – including earning eleven ENERGY STAR Partner of the Year Sustained Excellence awards since 2009. 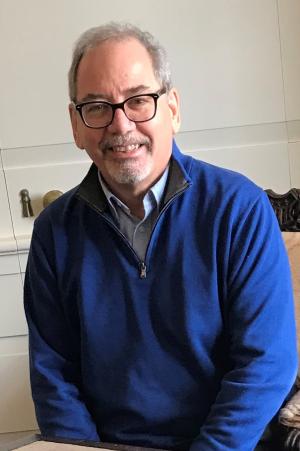 We’re a global biopharmaceutical company focused on discovering and developing innovative medicines that solve serious health issues. Our areas of focus include immunology, oncology, neuroscience, eye care, virology, women’s health, gastroenterology, and Allergen Aesthetics. We’re headquartered in Lake Bluff, Illinois, and we have manufacturing and research facilities in 14 countries. This includes eight research centers. We employ a total of 47,000 people.

Where are the biggest opportunities for sustainability at pharmaceutical manufacturing plants?

Electrical energy reductions are often the primary focus for conserving resources for a number of reasons. For one, they result in a reduction in greenhouse gas emissions. Second, energy is typically way more expensive than water. Pharmaceutical plants also tend to be located in areas where water is abundant, which is important since water is a significant raw material used for cooling processes and often the product itself.

When it comes to energy consumption, Heating Ventilation and Air Conditioning (HVAC) represents 65% of a typical pharmaceutical facility’s total energy usage. There are a number of opportunities for optimization of HVAC systems and the components involved, such as chillers.

The Holy Grail for electrical energy savings with HVAC is to reduce the room air change rate, which is determined by the classification of a particular room. But you can’t change the process without proving those same changes won’t affect the product. It gets very complicated, and in some cases, the easy answer is to say, “Don’t mess with it.”

So another excellent way to achieve energy savings is by producing chilled water more efficiently. Of course, you’re still going to get some pushback as you would in any industry when it comes to making these changes, but there isn’t the same level of reluctance as there is with room air change rates. It’s why HVAC systems are a good target for energy efficiency. 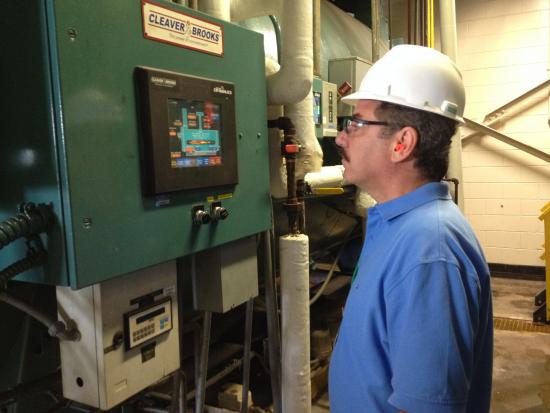 Pagliuco of AbbVie checks the status of equipment at one of the pharmaceutical company’s many manufacturing and research facilities.

How would you describe the challenges engineers face with HVAC systems?

The ideal is to get it right the first time and design the system to be as efficient as possible from scratch. That doesn’t always happen, because if you’re a process engineer, you’re incentivized to meet the project budget and deadline and have the thing work. As an example, if the budgeting decision comes down to a super-efficient chiller, or a standard chiller, guess what’s going to get installed? The standard chiller.

Another reason a highly efficient system doesn’t always get installed has to do with the design process. Typically, design engineers don’t want to take risks. That means things tend to get over designed because they want to build in a safety factor and make sure it works. That said, I’ve been on that side of the business so I get it. It’s not easy. What should really drive decisions is total cost of ownership, but it takes a lot of engineering time to come up with that stuff, and even then, it’s far from perfect.

What chilled water optimization control strategies have worked for you?

I’ve had a lot of success with advanced process control to achieve chilled water optimization. It essentially involves various levels of control for chillers.

On the first level you have instrumentation, such as temperature and pressure sensors and flow meters. That is all important stuff, of course, but it’s a bunch of data and it doesn’t deliver any savings, or very little savings, unless you do something with it.

The next level is what I refer to as distributed control. This is where you’re taking all the data from instrumentation and controlling your process with a master control system, or a Building Management System (BMS). Now, you’re able to achieve some energy and costs savings  by using the data to control equipment like chillers. However, you’re not really optimizing the system; you’re only controlling it.

The top level of this control hierarchy is using advanced process control for optimization of things like chiller systems. This involves the integration of software that uses algorithms with a master control system to better control what’s happening. So rather than just making chilled water, advanced control methodology generates the right amount of chilled water and pumps just enough of it to meet the cooling load, and no more and no less.

This is something we’ve decided to address and we’ve had success with it at our operations, including a very successful project at our research and development campus in Irvine, California.

What was involved with the Irvine chiller system optimization project?

The Irvine campus is one of the largest sites and energy users in the AbbVie portfolio with over one million square feet of laboratory, office and manufacturing space. At that time, the site used about 55,000 MWh per year of electricity.

The issue we wanted to tackle is not uncommon with many chiller installations. Many are operated as traditional constant primary loop, variable secondary loop systems. This creates a low operating delta T, resulting in over pumping of water in the primary and secondary loops. It also decreases chiller efficiencies and makes it seem like there is a lack of chilled water capacity.

The Irvine campus generates chilled water with cooling towers, along with five Variable Frequency Drive (VFD) water-cooled centrifugal chillers with a total installed capacity of 4,000 tons. The system is normally operated as a constant primary, variable secondary system. Most of the condensers, as well as the primary and secondary pumps and cooling tower fans, use VFDs. 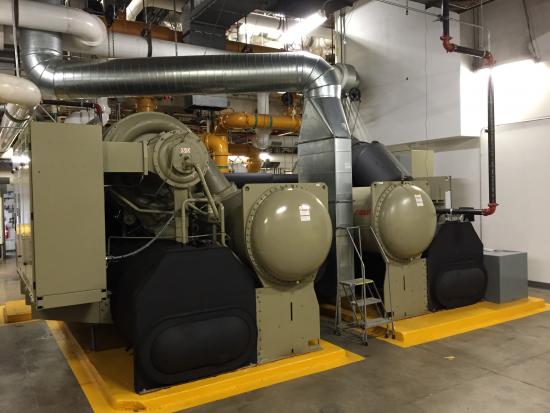 By implementing a method of advanced process control on water-cooled centrifugal chillers at its campus in Irvine, California, AbbVie reduced annual energy consumption at the operation by nearly 4.5 MWh for a savings of more than one-half million dollars per year.

While it’s well designed and operated, a low delta T suggested the system was a candidate for optimization. So we partnered with tekWorx to improve the overall efficiency by using a more advanced method for controlling the chilled water plant. The company integrated its supervisory Control Engine Optimization system with the existing BMS, which converted the chilled water system to a full variable flow operation. It also improved efficiency through a better method of chiller sequencing and by operating the chillers based on updated setpoints, such as chilled water supply temperatures.

How would you rate the success of the project?

The initiative has reduced annual energy consumption by nearly 4.5 MWh, resulting in a yearly savings of more than one-half million dollars. Looking at it another way, it will lower the total electric power usage at the campus by 8%. We also received a utility incentive for the project, which resulted in a payback of just under six months.

This ties back to what I mentioned earlier with regard to capital costs associated with something like a highly efficient chiller. The campus chilled water system had almost everything it needed; we just needed to make it a little more efficient. The cost of replacing chillers that are not at the end of their life is going to be more expensive than implementing a more advanced method of process control.

This project was a homerun. We’ve since adopted it as a best practice methodology for optimizing chillers at other sites in our facility portfolio. We eventually did similar projects at operations in Westport, Ireland, and Waco Texas, as well as a smaller version at our Cincinnati, Ohio, plant. Our effort at the Irvine campus was a runner up for an ENERGY STAR Project of the Year award.

Congratulations on your success! What motivates you to be involved with the ENERGY STAR program?

I get a lot of value out of the comradery that goes along with being an ENERGY STAR partner because it gives me the opportunity to talk with my counterparts at other major pharmaceutical companies and swap stories and learn from others about ways to operate systems efficiently in order to reduce energy use.

The other thing I really like about the ENERGY STAR program is all of the benchmarking tools available, which is especially great since anyone can access them. You don’t have to be an ENERGY STAR partner to take advantage of the tools. I also have to say the recognition an ENERGY STAR Partner of the Year award affords you is priceless.

Why is being named an ENERGY STAR Partner of the Year so beneficial?

I think the struggle of an energy manager in general is getting attention, getting people to put a  priority on energy savings. It might not be as much of an issue with an energy-intensive industry like glass manufacturing where energy is a significant percentage of the costs of goods sold, but I think it’s an issue with other industries like pharmaceuticals where energy is around two to three percent of the costs of goods sold.

As an energy manager I’ve learned that finding energy opportunities is easy when you’ve been in the business for a while. It’s getting them implemented; that’s the hard part. It’s about trying to build a program, cutting through the clutter of day-to-day corporate life, having goals, and making things visible.

When I was at another company earlier in my career and we received an Energy Star Partner of the Year Award, all of the sudden it was like, “Wow. We just got this major award. Maybe this program is really good.” It was kind of like, “Tom must know what he’s talking about.”

Getting an ENERGY STAR Partner of the Year Award stamps your program as a quality program and it helps you take things to the next level.

Thank you for these insights.

All photos courtesy of AbbVie, Inc.