Chiller and Temperature Control for Laser Technology at FABTECH 2019 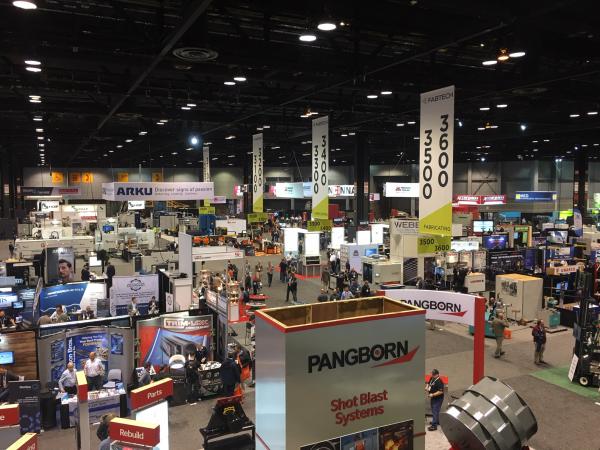 One of three large exhibit halls at FABTECH 2019.

Chase Cooling Systems Chase Cooling Systems revealed their Laser Series dual-temperature chiller, designed to accommodate the varying heat load of each side of the laser cutting system at once. The Laser Series has dual cooling circuits in a single chiller with cooling capacities from 1.6 to 6.0 tons (water inlet 77 °F, water outlet 68 °F, ambient 86 °F). The Laser Series chillers from Chase can achieve the tight temperature tolerance of ±1.0 °C needed for the optics, and can also achieve an even tighter temperature tolerance of ±0.1 °C for the resonator. 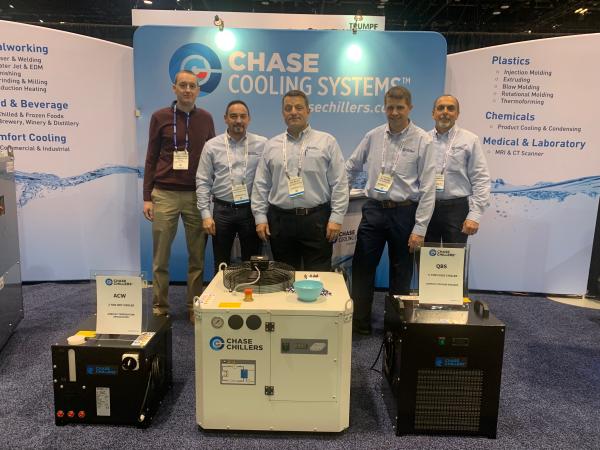 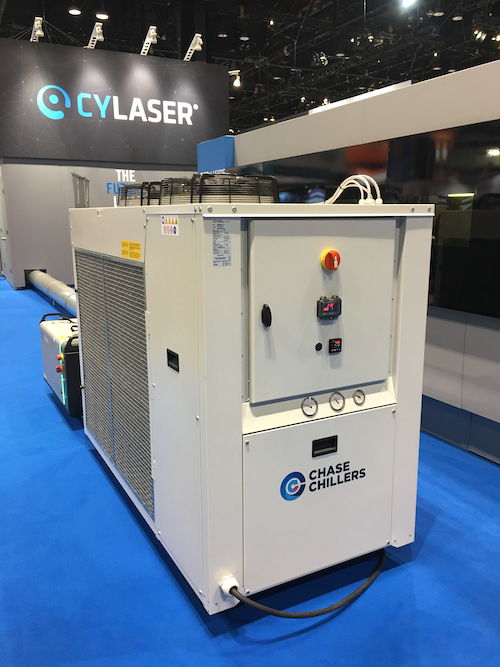 A Chase Laser Series chiller installation at the CYLASER booth.

One of two SMC booths at FABTECH featured the circulating fluid temperature controller Thermo-chiller HRL series. The HRL Series also has the capability of providing the two different temperatures for the oscillator and the optics with just one chiller versus two. The chiller is also capable of maintaining a ±0.5 °C water temperature tolerance for the optics, and even tighter tolerance of ±0.1 °C for the resonator. Available in three models, the HRL100, 200 and 300 models have cooling capacities from 9, 19 to 26 kW respectively (2.56, 5.4 to 7.39 tons). The chillers use R-410A refrigerant to reduce footprint, and can reduce power consumption by over 30 percent compared to a two-unit-system. 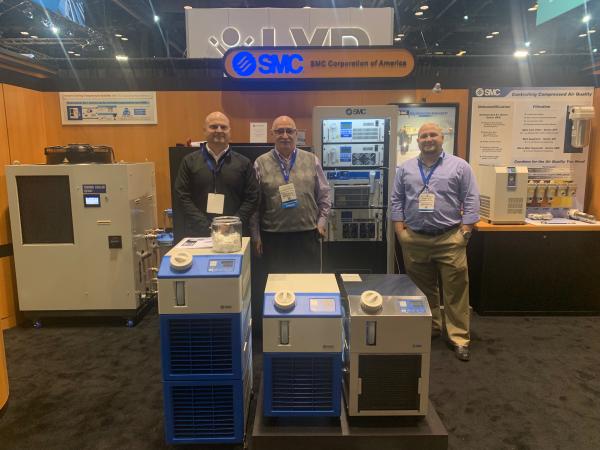