ElectroCell Systems, Inc., located in Easton, Pennsylvania, manufactures a system for commercial, industrial and institutional facilities that is applied to conventional water-cooled chilled water plants. The system significantly improves efficiency in water and energy use with paybacks in the 2.0 to 3.5 year range.

The system is not a substitute for chemical treatment; rather it is a Condenser Water Efficiency system, engineered specifically and solely to increase water and energy efficiency by addressing the uniquely challenging demands that exist only in the condenser water loop.  The system works alongside existing chemical treatment and enhances the effectiveness of the chemicals.

The self-contained system is installed in sidestream piping (in the manner of a filter or separator) and uses multiple technologies to capture and remove 95% to 99% of suspended solids and sustain a truly clean condenser system throughout the cooling season. The system also applies active flow enhancement technology to the return flow to induce turbulence to improve heat transfer in the condensers, which reduces refrigeration compressor energy and lowers the heat of compression.

Typical savings are 10% to 15% in chiller energy and 20% to 25% in makeup water.  Having clean condenser tubes reduces or often eliminates chiller tube cleaning and its associated costs.

Solids are continuously removed from the condenser water via precipitation and without the use of a media (e.g. sand, bags) so there is no additional labor-intensive maintenance.  Solids removal is by precipitation.

The system has been in use for over ten years, and users include a number of Fortune 500 companies, some of whom have multiple sites.  Systems are manufactured in a number of standard-sized assemblies and can be customized as needed. 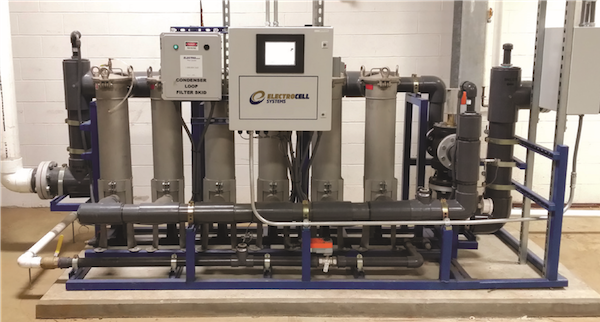 The system was developed by Paul McLaine, owner and founder of ElectroCell Systems Inc.  In the late 1990s, Mr. McLaine worked extensively with a large pharmaceutical manufacturer to investigate the application of emerging technologies to improve water quality and treatment practices in their cooling plants.

Following technology evaluation and two years of beta testing at the manufacturer’s facilities in New Jersey and Connecticut (which also included the development and patent of an electrostatic technology), the manufacturer established the application as a company Best Practice, and Mr. McLaine was contracted to implement the Best Practice in forty of the manufacturer’s plants across the U.S. and worldwide over the next several years.   In addition to the site improvements in water quality and treatment, the experience yielded some significant discoveries relevant to chiller plant performance. 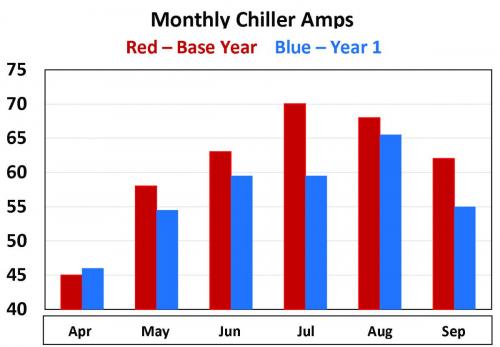 Although the cooling load had increased and the season had been warmer, the chiller showed consistent energy reductions, with a high of 14% reduction in chiller energy in the peak month of July.  Inasmuch as the savings were welcomed, this amount of energy savings was unexpected.

Investigation into the cause of this led to a meeting with researchers at the University of Maryland, who had developed electrostatic applications for the U.S. military, and confirmed that the technology increases efficiency through enhanced heat exchange due to the electrohydrodynamic effect.  The energy savings was a welcome (but unexpected) side effect of the Best Practices application.

A second significant discovery was in the importance of suspended solids control for good condenser performance, and frustration with the lack of effectiveness of existing filtering technologies. Solids removal was insufficient in keeping systems clean, and the labor-intensive filter maintenance was often postponed or skipped, which further reduced effectiveness. Mr. McLaine then investigated technologies and worked to design and develop a highly effective solids control system requiring minimum maintenance. A system which maintains effective solids control and also combined with heat exchange enhancement was developed and first released in 2003, and has also been enhanced over the years.

Cooling towers draw in particles from the atmosphere at the average rate of three pounds of solids per ton per year, which would be 4,500 pounds for a 1,500-ton chiller plant.  The largest particles settle to the bottom, while smaller particles, which are much greater in number, remain suspended and travel through the system, creating numerous unwelcome conditions.  A 2013 report by The U.S. Department of Energy Side Stream Filtration for Cooling Towers lists the benefits of solids removal as:

Figure 2 shows data provided by an independent certified lab showing effective solids control with an ElectroCell application.  Samples are taken from the condenser water system main piping or at the cooling tower in order to get a system-wide measurement. 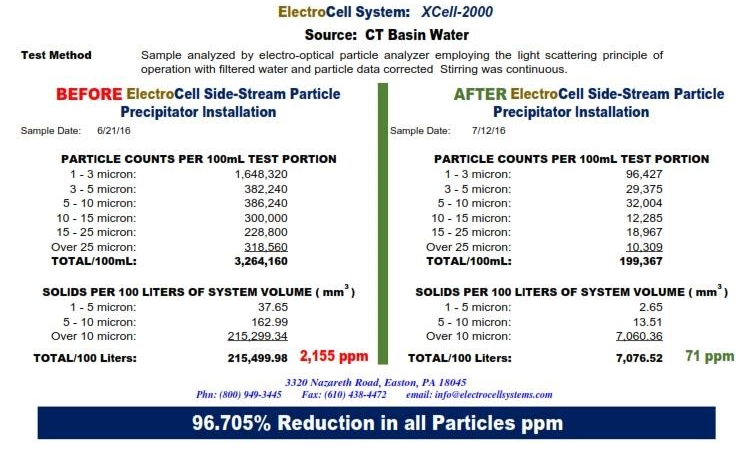 The claims of 10%-15% chiller energy savings with the ElectroCell installation are sometimes initially met with skepticism, however, the savings opportunities are ‘hiding in plain sight’, so to speak.  An application begins with a chiller plant survey and data analysis to determine existing efficiency versus design efficiency.

Using industry-standard methods, formulas, and documentation, data is collected such as chiller running power, chilled water supply and return temperatures, evaporator flow, and design power according to load.  Information is collected through site measurements, chiller logs, and manufacturer’s data, and defines chiller performance versus design performance in kW/Ton.  This is also used to develop a seasonal load profile to show annual kWh and reconcile this with annual makeup water use.

Surveys typically show kW/Ton at 10% to 18% over design efficiency, except during the first month of operation following tube cleaning.  Chiller logs are particularly useful in showing how efficiency decreases through the cooling season due to accumulated fouling.  Another useful metric is chiller approach temperature, which is the temperature difference between the condenser water return temperature and the saturated liquid refrigerant temperature.  This is not used for power measurement but does indicate condenser heat transfer efficiency, which will also increase as fouling increases.

Savings projections are based upon improvement on most of the measured inefficiency and average 12%-13%.  It is important to develop a high quality plant profile and show loading accurately since the electrical savings will contribute up to 80% of the payback.

Generating water savings projections are not as exact a science as developing an energy profile, since factors affecting water use vary more widely.  Just half of sites surveyed have existing filtering, with only about half of filtering systems working as designed.  The amount and type of solids being drawn into the cooling tower varies according to location and is affected by neighboring activities (e.g. construction, traffic). Makeup water quality also varies in solids and mineral content.

As a relatively inexpensive commodity, water cost savings will generate up to 20% of an ElectroCell system cost. Other benefits accrue as well (e.g. environmental impact, LEED points, corporate missions). Water savings derive from the following: 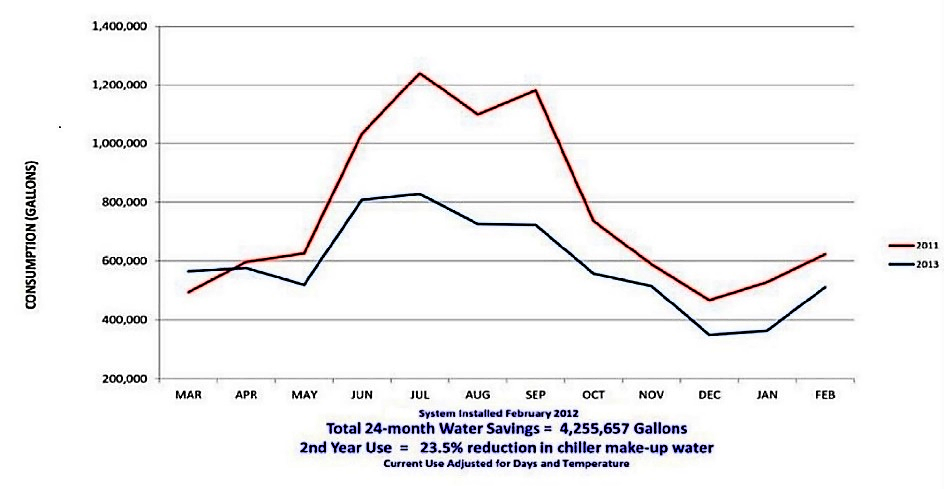 Figure 3: This 2012 installation at a data center facility recorded water savings of 23.5% over a 24-month period.

The ElectroCell System is applied to chilled water plants to maintain energy and water efficiency levels significantly superior than that which is normally encountered.  The system uses state-of-the-art technologies for precipitation, heat transfer, and automation and is mature, patented technology that has been in use in a number of Fortune 500 companies for over ten years.  Systems are applied in sidestream piping and will not require modifications to other equipment such as chillers, pumps or cooling towers.