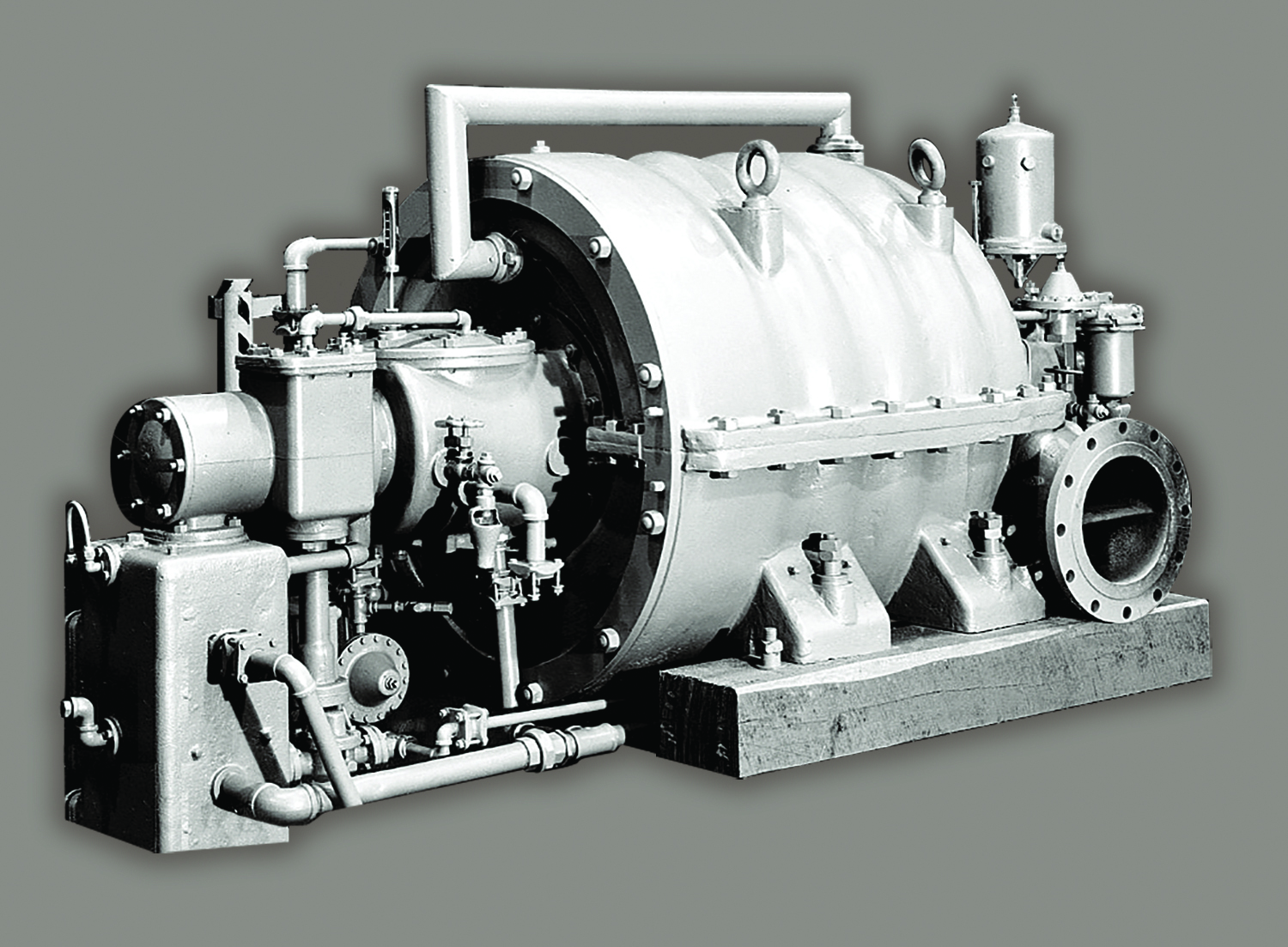 In June 1920, Willis Haviland Carrier prepared a memo that described a novel machine and refrigerant that might significantly advance the art and science of air conditioning.

Already celebrated for his 1911 “Rational Psychrometric Formulae,” Carrier imagined a “centrifugal chiller” and new refrigerant that would not only enhance process cooling in factories around the world, but reliably and affordably deliver “comfort air” to the public in theaters, stores, restaurants, sports venues, ships, hospitals and office buildings.

Unveiled in 1922, the centrifugal chiller would become the first significant advance since the invention of modern air conditioning in 1902. Now celebrating its 100th anniversary, Carrier’s breakthrough invention introduced a grateful world to comfort air while writing a new chapter in the effectiveness of process cooling, making the modern world possible. 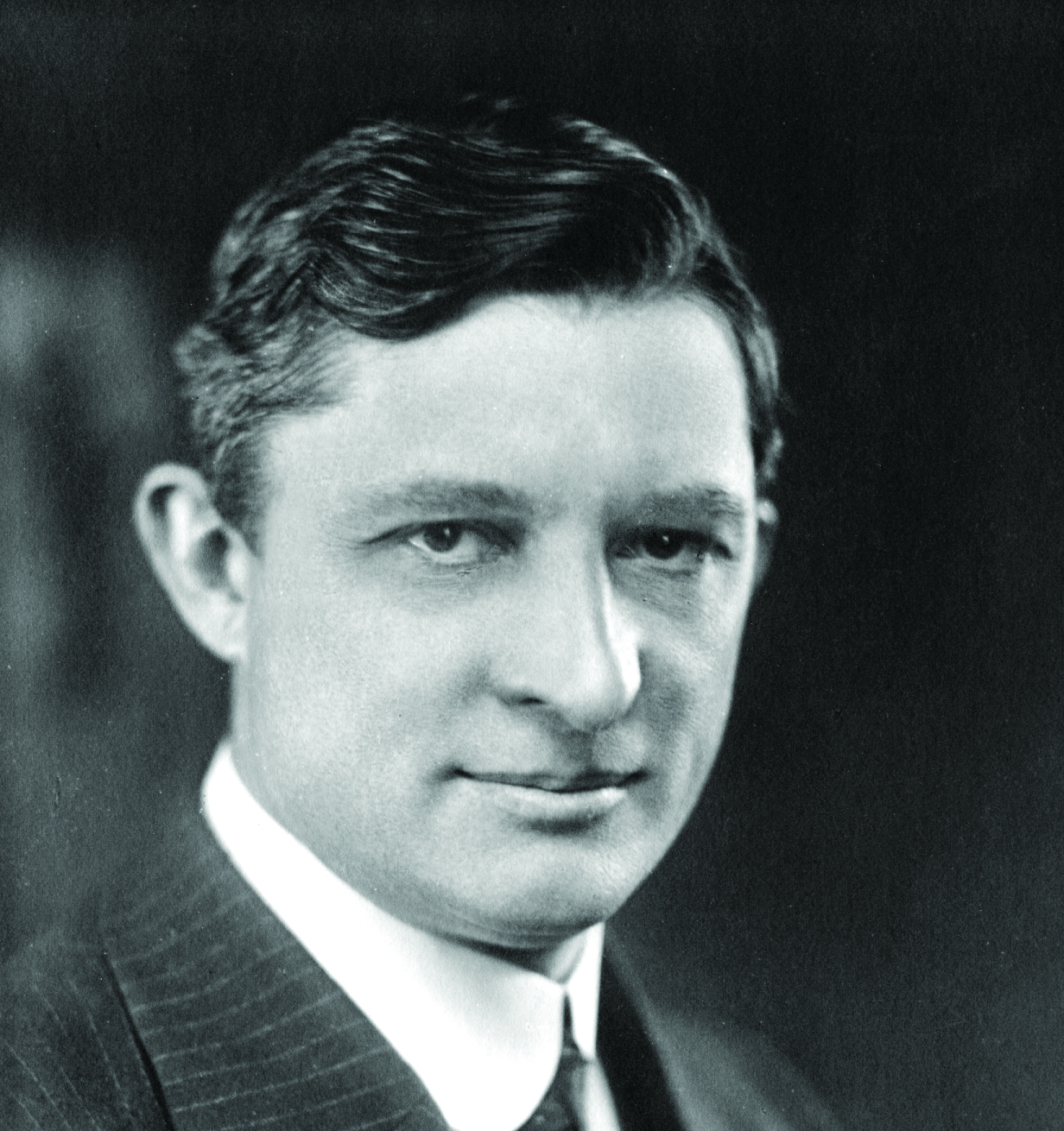 From Process to Comfort

In 1924, Carrier realized his dream of true comfort cooling when the owners of Detroit's J.L. Hudson Department store added centrifugal chillers. Once installed, people no longer fainted from the heat during the store's popular basement bargain sales. A few years later, R.H. Macy placed a humorous ad forbidding its customers to remain overnight in the store, even if it meant a comfortable night’s sleep in Carrier’s modern air conditioning.

Carrier dazzled the sporting world when his centrifugal chiller froze the ice at Madison Square Garden for the opening game of the 1925 professional hockey season. Later that year on Memorial Day, moviegoers were delighted to find comfort air cooling New York’s Rivoli Theater, a combination of hot weather and Hollywood that would one day result in the summer blockbuster.

Comfort air arrived in the office In 1926 when the T.W. Patterson Building in Fresno, California, installed a centrifugal chilling system throughout six of its floors. Eighteen months later, the 21-story Milam Building in San Antonio, Texas, became the first high-rise office building to have central air conditioning installed during construction. 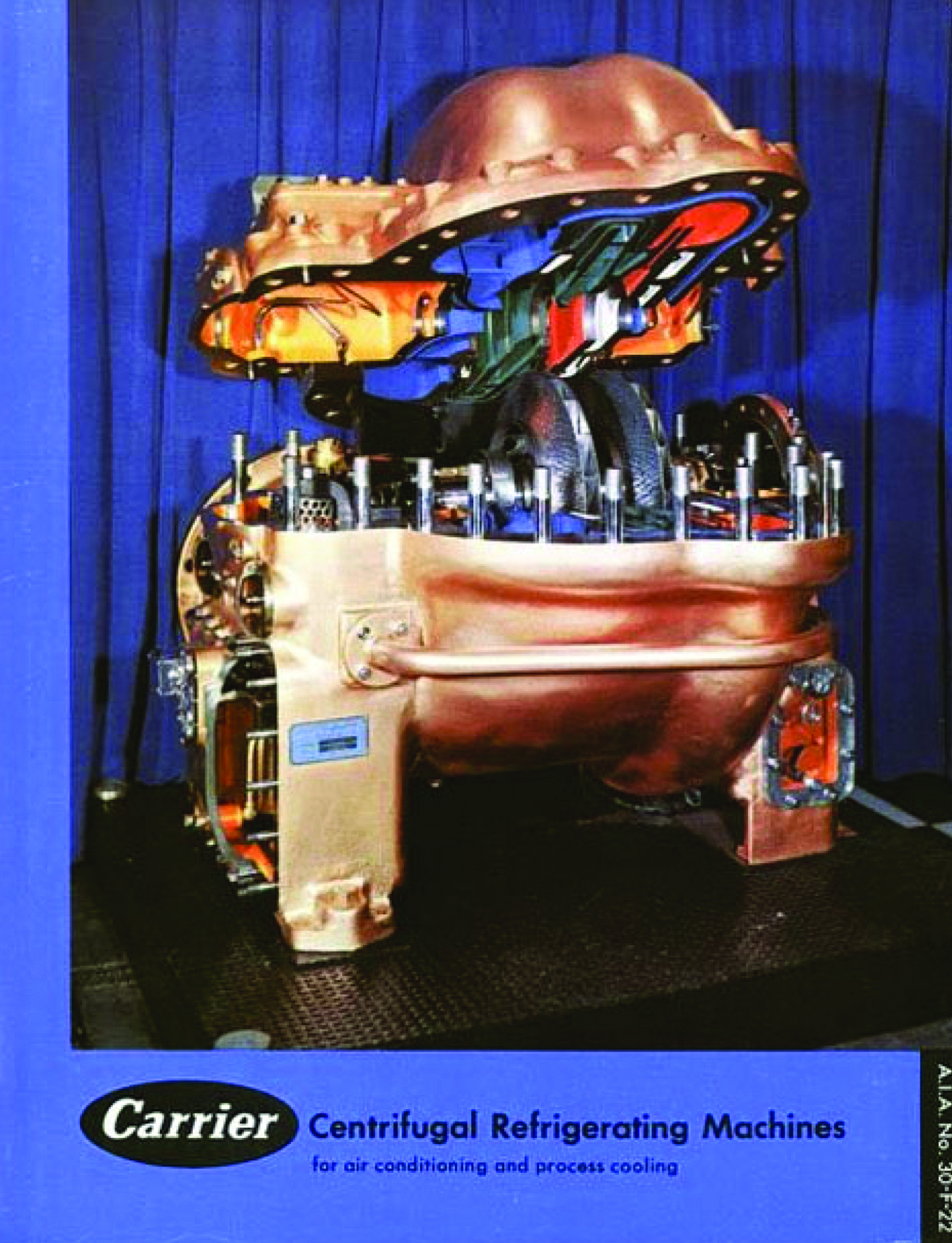 By the end of 1940, after thousands of guests experienced air conditioning for the first time in Carrier’s famous igloo at the 1939/40 New York World's Fair, the company had sold its 1,000th centrifugal chiller. By 1980, that total had soared to 40,000—and was climbing rapidly. Today, centrifugal chilling is a multi- billion dollar global industry and still growing.

In so many ways, the history of air conditioning is a history of Carrier, with the centrifugal chiller at its heart, making the world we live in today possible.

The New York Times dubbed the 1970 U.S. Census “The Air-Conditioned Census,” noting that the humble air conditioner had made it possible for Americans to live and work year-round in the semitropical heat of Florida and Texas. “By the end of the decade,” one historian noted, America’s “‘sunbelt era was in full swing.” Likewise, centrifugal chilling had helped to create a global sunbelt, making life more comfortable and productive from the arid lands of the Middle East to the tropical urban centers of Asia.

In the last century, few venues have been untouched by Carrier’s centrifugal chiller, from skyscrapers to apartment buildings, hotels to hospitals, airports and cruise lines to subway stations, and sporting venues to museums. All have benefited from centrifugal chiller technology.

By delivering precise temperature and humidity, centrifugal chillers have also made possible countless manufacturing processes which improve all facets of our lives, from medicines, automotive products, plastics, chemicals, textiles and mining applications, to many aspects of our modern digital age, including electronics, semiconductor chips and data centers.

In 1998, Willis Carrier was named one of the “100 most influential business geniuses of the century” by TIME magazine. The following year, U.S. News & World Report named Carrier one of 25 Americans who shaped the modern era and “the coolest American of the century.” 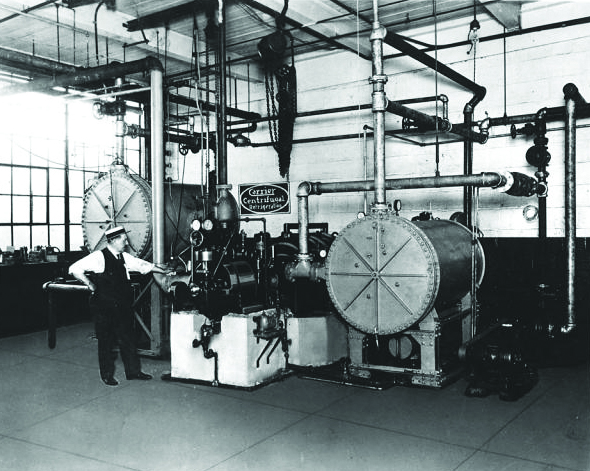 Today, we celebrate the Father of Air Conditioning and the 100th anniversary of his centrifugal chiller, the man and machine that made the modern world possible.

For more information about the history of Carrier and the impact of centrifugal chilling on today’s world, visit https://www.carrier.com/commercial/en/us/centrifugal-100.