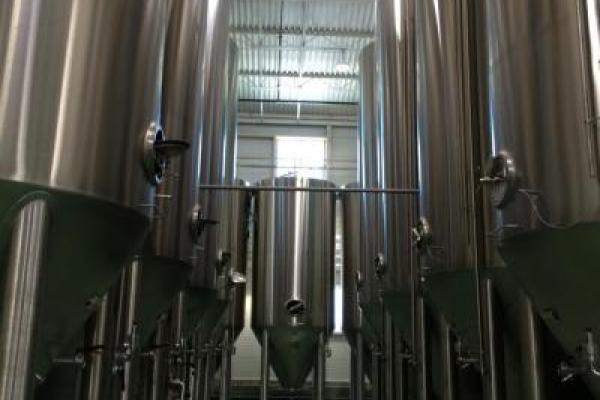 It’s no secret the craft beer market has grown dramatically in North America.  Local breweries and brewpubs are popping up across all regions of the United States as consumers seek unique, flavor-rich brews.  In fact, according to the Brewers Association, the trade association representing small and independent American craft brewers, in 2015 the number of operating breweries in the U.S. grew 15 percent, totaling 4,269 breweries – the most at any time in American history.  With more breweries than ever before, small and independent craft brewers now represent 12 percent market share of the overall beer industry.

By Chiller & Cooling Best Practices Magazine
The International Production & Processing Expo (IPPE) is a collaboration of three shows - International Feed Expo, International Meat Expo and the International Poultry Expo - representing the entire chain of protein production and processing. The tradeshow focuses on bringing together leaders in the poultry, meat and feed industry from all over the world. IPPE’s global reach attracts more than 8,000 international visitors from 129 countries.
[ Read Full Story ]

By Bo Kuraa, BKU Consult
This article contains pieces from an audit report developed for a fish processing plant located in Yangon, Myanmar. It is located in the Thinbawgin Ward of Dawbon Township in Yangon, Myanmar.  The objective is to show factories the information they may want to have gathered on their refrigeration systems and supporting cooling systems.
[ Read Full Story ]

By Chiller & Cooling Best Practices Magazine
When the topic of discussion is making ice cream, the first thing that comes to mind isn’t heat, but at Nestlé’s Ice Cream factory in Tulare, California, heat is recovered from air-cooled air compressors to heat process water. “Right out of the gate, everything is pneumatic,” explains Tom Finn, Project Engineer with Nestlé Ice Cream Division. “Air cylinders and air driven motors, the process piping valves which divert, route, stop/start, and mix process fluids, our packaging machinery including rejection, cleaning and vapor removal processes, all of these rely on compressed air.
[ Read Full Story ]

By John Medeiros, MTA USA
Temperature control of the musts during the fermentation process is required for the production of high quality wines. Alcoholic fermentation is the chemical reaction in which yeast is used to transform the natural sugars of the fruit into alcohol. The heat generated by this exothermic reaction has to be managed. If must temperatures are allowed to reach the 85°F to 105°F range the reaction will be stopped. This results in high sugar content and an unstable product that requires the addition of sulphur dioxide (SO2) to allow it to be stored without spoiling. In general, optimal fermentation temperatures are 65°F - 68°F for white wines and 77°F for red wines.
[ Read Full Story ]